The Timeline is the way by which players unlock Advance Cards and progress through the game. Players must use Stickers to complete the Advance Cards.

The current version of the Timeline.

The scrapbook icon in the upper left corner 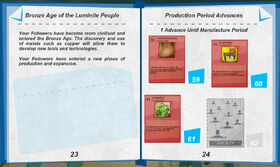 Pages for a period 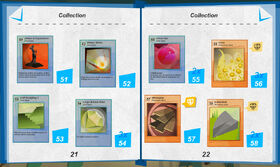 The scrapbook was the precursor to the current Timeline and was used up to version 1.4, when the Timeline was introduced. It was a book that documented a player's progress and acquired cards in a pop-up book, which could be opened by clicking an icon on the top-right of the screen.

It was organized into sections by period: